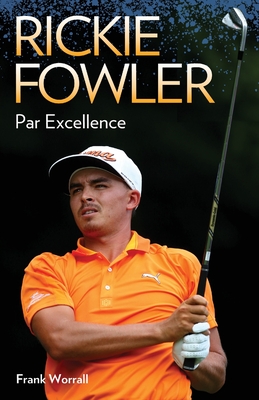 He's the leader of America's exciting new wave of golfing superstars. Young, fun, and gifted, Rickie Fowler has taken the sport to a younger audience in the States—making headlines as much for his wacky dress sense and YouTube spoofs as for his God-given prowess with a golf club. 26-year-old Fowler is America's answer to Rory McIlroy, and together they represent the gifted faces of golf for a new era: two young men destined to contest a Trans-Atlantic rivalry for that coveted World No. 1 spot. But it was motocross that was Rickie's first love. He had dreams of making his name as a racer until he broke his foot in three places at the age of 15. From then on, he focused purely on golf, winning tournament after tournament in high school, until, in 2007, he was chosen for the US's Walker Cup team and a year later became the first university freshman ever to be awarded the NCAA Player of the Year. Such was his burgeoning talent that in 2010 he also went on to become the first American rookie to be selected for the Ryder Cup and in 2014, he became only the third golfer ever to finish in the Top 5 at all four professional majors in the same season, following in the illustrious footsteps of Jack Nicklaus and Tiger Woods. He was moving ever closer to that first major victory as he and McIlroy continued to trade shots and tweets at courses around the world for the ultimate golfing honors. But for all his colorful clothes and joking around with fellow "brat pack" member Bubba Watson, Rickie has a much more serious, emotional, and intellectual side to his character. In this compelling first biography on the figurehead of US golf's young guns, Frank Worrall provides a fascinating portrayal of Rickie Fowler as both a fun-loving yet altruistic human being and a single-minded golfing superstar.

Frank Worrall is a journalist who writes regularly for the Sun and the Sunday Times. He is the author of The Magnificent Sevens, Giggsy, and Rory McIlroy.