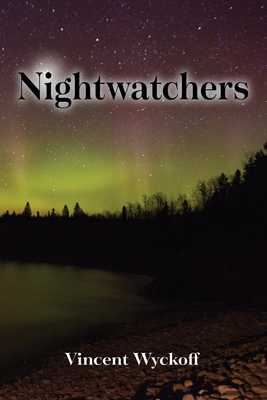 The small town of Black Otter Bay, on Minnesota’s North Shore, is being haunted by a sinister presence lurking in the forest behind town. When the body of a hiker shows up, Sheriff Marlon Fastwater is called in to investigate and soon finds himself involved with the Native American legend of the Manitou—the Trickster—and the mystique of a half Native Canadian/half French man who lives in the woods and holds true the ancient mystical beliefs of his elders. When the much-anticipated night of the Halloween Dance finally arrives, most of the major characters in town, including Gitch, the sheriff’s faithful dog, become involved in the night of terror. A fast-paced pursuit leads to a chilling ending set against the immensity of Lake Superior.

A native son of Minneapolis, Vincent Wyckoff dedicated a career to the U.S. Postal Service. His first book, Beware of Cat: and Other Encounters of a Letter Carrier, celebrates the stories of people on his route. Prior to that, he served a tour of duty in the U.S. Army, and attended the University of Minnesota. For a short time he lived on the North Shore of Lake Superior, from which he developed the background for Black Otter Bay, his first work of fiction. Nightwatchers is the sequel. His stories have been published in several local periodicals, as well as the anthology, Home. Wyckoff and his wife, Sybil, live in Minneapolis. They have three children and six grandchildren.