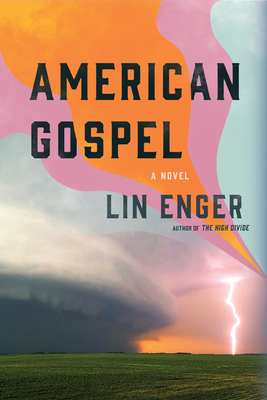 Radically personal and quintessentially American, an intimate drama at the heart of an apocalyptic vision

On a small farm beside a lake in Minnesota’s north woods an old man is waiting for the Rapture, which God has told him will happen in two weeks, on August 19, 1974. When word gets out, Last Days Ranch becomes ground zero for The End, drawing zealots, curiosity seekers, and reporters—among them the prophet’s son, a skeptical New York writer suddenly caught between his overbearing father and the news story of a lifetime. Into the mix comes Melanie Magnus, a glamorous actress who has old allegiances to both father and son. Meanwhile, Nixon’s resignation has transfixed the nation.

Writing with clear compassion and gentle wit, Lin Enger draws us into these disparate yet inextricably linked lives, each enacting a part in a drama forever being replayed and together moving toward a conclusion that will take all of them—and us—by surprise. Set during a time that resonates with our own tension-filled moment, American Gospel cuts close to the battles occurring within ourselves and for the soul of the nation, and in doing so radiates light on a dark strain in America’s psyche, when the false security of dogma competes with the risky tumult of freedom.

Lin Enger has published two previous novels, Undiscovered Country and The High Divide, a finalist for awards from the Midwest Booksellers Association, the Society of Midland Authors, and Reading the West. His stories have been published in literary journals such as Glimmer Train, Ascent, and American Fiction. A graduate of the Iowa Writers’ Workshop, he has received a James Michener Award, a Minnesota State Arts Board Fellowship, and a Jerome travel grant. He teaches English at Minnesota State University Moorhead.

"No one illuminates father–son relationships better than Lin Enger. He masterfully weaves a deeply moving and unforgettable story about faith, ambition, and the tangled threads that bind family and community. Wise and lyrical, American Gospel kept me spellbound from the first word to the last."—Ann Weisgarber, author of The Personal History of Rachel DuPree and The Glovemaker

"A tightly constructed novel in which unexpected second chances lead to forgiveness, lost and found families, and enlightenment. American Gospel is tenderly written, expertly plotted, and culminates in an ending for the ages. A wonderful book."—Nickolas Butler, author of Shotgun Lovesongs and Little Faith

"Lin Enger’s American Gospel is a marvel, a novel of suspense featuring an unlikely cast of characters: a backwoods preacher in northern Minnesota whose near-death experience propels the plot; his son, a struggling journalist; and a glamorous movie star addicted to pain pills. A prediction that the Rapture is imminent brings them together, and each must confront personal beliefs as well as unresolved issues of their shared history. Long after its exciting climax, the captivating characters, vivid images, and provocative themes of American Gospel are sure to linger with readers."—Larry Watson, author of Montana 1948

"The word gospel means “good news,” and Enoch Bywater, a self-styled preacher with a ministry at the Last Days Ranch in northern Minnesota believes he’s heard the best news of all. During an incident of Sudden Cardiac Death, Enoch had a vision of the Rapture, and believes God told him the date it would happen: August 19, 1974, two weeks away. Events move quickly after this revelation. Enoch leaves the hospital to begin preparations at the Last Days Ranch for the crowds of the faithful whom he is sure will come. He also manipulates his son, Peter, to return from New York City for the event, and convinces a former neighbor, now a Hollywood actress, to return as well. The novel is plot-driven, and moves quickly, often with gentle humor. Events in the book occur against the backdrop of Nixon’s resignation from the presidency, and the political maneuvering around it, reminding readers of political tension earlier in our history as a nation. Like to guess how a book will end? Chances are you won’t be able to do it with this book!"—Sally Wizik Wills

"Enger effectively expands on themes of belonging and blind devotion as a group of true believers face their final day of reckoning... There is plenty of apocalyptic excitement."—Publishers Weekly

"Redemption comes in many guises, and that is what this clever, hyperactive story is all about. That it’s set in our own Minnesota makes it doubly endearing."—Star Tribune

"Enger intersperses busy scenes at the farm with gentle interludes in which Peter and Melanie go fishing with their son, trying to get to know this boy who is a mystery to them. The writing is so vivid any Minnesotan will smell the freshness of the lake and recall what it feels like to bait a hook."—Pioneer Press

"Though much of the plot feels carefully orchestrated, events go in unexpected directions near the end, and the opposing perspectives of faith vs. reason are given equal weight in a story that will appeal to many fiction readers."—Library Journal

"Enger nails his state’s specific flaws, while showing us its natural beauty."—Literary Hub

"As the momentum of Enoch’s vision builds, Enger’s writing sweeps readers up with it, forcing a reckoning with belief amid a whirlwind of extremist Christianity, political uncertainty, and loved ones lost and found."—The Christian Century