The Journal of Otto Peltonen: A Finnish Immigrant Story (Paperback) 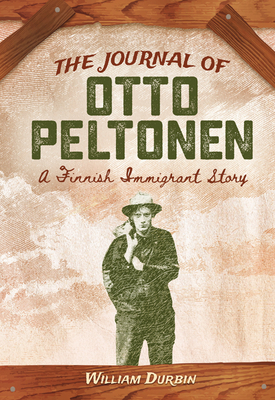 After journeying across the Atlantic with his mother and two sisters, young Otto Peltonen joins his father in the iron ore mines of northern Minnesota, experiencing the harsh labor conditions that were common at the time, as mining companies cared more about making a profit than for their workers’ safety. Writing in his journal about his family’s struggles and the hard life Finnish immigrants endured in the early twentieth century, Otto ultimately strengthens his resolve to find the freedom his family had first sought in America.

William Durbin is a writer and former teacher who lives on Lake Vermilion at the edge of Minnesota’s Boundary Waters Canoe Area Wilderness. A winner of the Great Lakes Book Award and a two-time winner of the Minnesota Book Award, he has published twelve novels for young readers, including Song of Sampo Lake, The Darkest Evening, Blackwater Ben, and Dead Man’s Rapids (all from Minnesota).

"Historical notes and authentic photos round out this captivating, dramatic view of the past."—Booklist

"A vivid picture of what life was like in these early 20th century mining towns."—Kidsreads

"A vivid picture of what life was like for a Finnish immigrant in Minnesota during the early twentieth century."—Northern Wilds