S.: A Novel about the Balkans (Paperback) 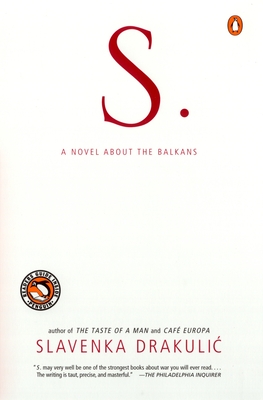 "S. may very well be one of the strongest books about war you will ever read. . . The writing is taut, precise, and masterful." —The Philadelphia Enquirer

Set in 1992, during the height of the Bosnian war, S. reveals one of the most horrifying aspects of any war: the rape and torture of civilian women by occupying forces. S. is the story of a Bosnian woman in exile who has just given birth to an unwanted child—one without a country, a name, a father, or a language. Its birth only reminds her of an even more grueling experience: being repeatedly raped by Serbian soldiers in the "women's room" of a prison camp. Through a series of flashbacks, S. relives the unspeakable crimes she has endured, and in telling her story—timely, strangely compelling, and ultimately about survival—depicts the darkest side of human nature during wartime.

Slavenka Drakulic was born in Croatia in 1949. The author of several works of nonfiction and novels, she has written for The New York Times, The Nation, The New Republic, and numerous publications around the world.

"Slavenka Drakulic has given the world a gift, digging into the twisted reality of war . . . a novel of cataclysmic power." --San Francisco Chronicle

"Drakulic's novel will leave you with survivor guilt even while never having undergone the horrific events described. . . . Descriptions of camp life rival those of One Day in the Life of Ivan Denisovich in graphic and compelling detail." --The Nation